The Jewish community of Ratne was shot and hastily buried at what was then a sand quarry. The memorial site was built in 2014 and dedicated in June 2015.

The first mention of Ratne stems from the 13th century, while the earliest surviving documentation of Jewish inhabitants dates to 1516. Ratne became a part of Poland in the mid-14th century, where it remained until 1795, when it fell to Russia in the third and final partition of Poland. After the First World War, it made up a part of the new Polish Republic.

Between the world wars, the Jewish population in Ratne grew from roughly 1,550 to about 1,800. By the late 1930s, the Ukrainian population numbered about 1000, while the Polish population accounted for about 400 persons.

Although the town’s main synagogue had been burned down by retreating Russian soldiers in 1915, the Jewish community still maintained prayer houses for five traditions of Hasidism as well as two religious study houses. Most of Ratne’s Jews worked as small businessmen (shopkeepers, peddlers, exporters of livestock and agricultural products) or craftsmen (tanners, tailors, shoemakers). During the 1920s, Jews held an overwhelming majority of seats on the town council as well as the post of deputy mayor. By the 1930s, Polish electoral law had changed to benefit Polish candidates. Thus the number of Jews on the town council was reduced to under half and the deputy mayor’s post reserved for non-Jews.

Zionism flourished in Ratne in the early 1930s, as local chapters of various Zionist groups seeking to prepare Jews for emigration to Palestine began to attract more followers. However, the rise of Zionism was not universally accepted among Jews here, and confrontation between Zionists and non-Zionists could be heated. Among local Zionists, the labor movement enjoyed by far the greatest popularity, while the General Zionists and orthodox Mizrachi met with lesser support. Cultural activity included music and public lectures.

After the German-Soviet occupation of Poland in September 1939, Ratne became part of the Soviet Union. The new authorities curtailed religious practice, banned Zionist activity, and expropriated private property and businesses. 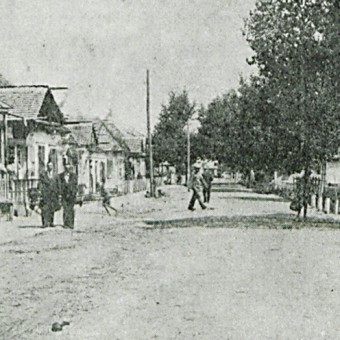 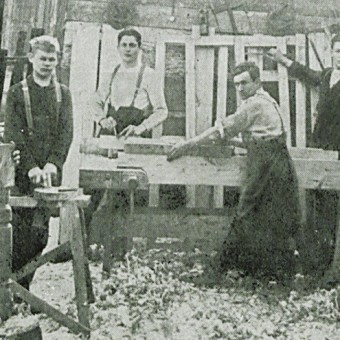 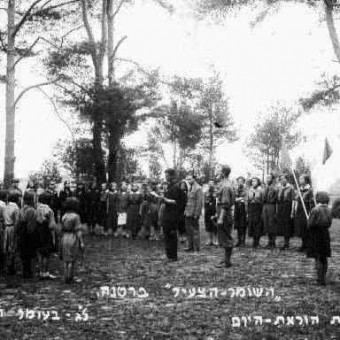 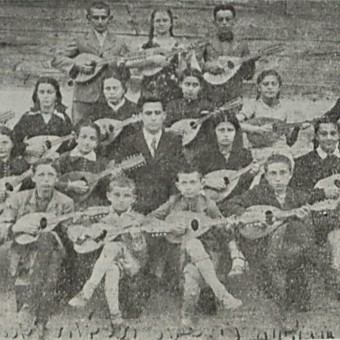 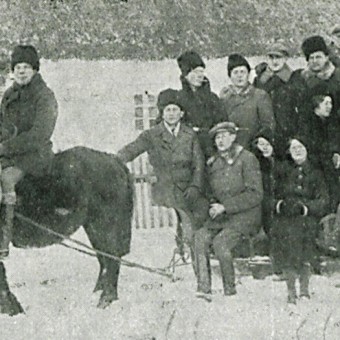 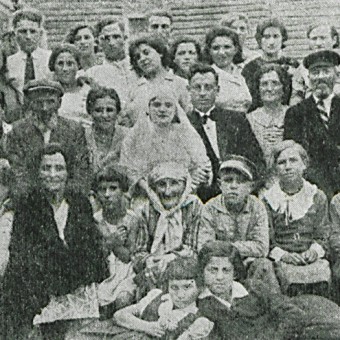 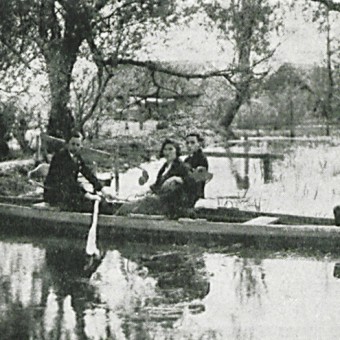 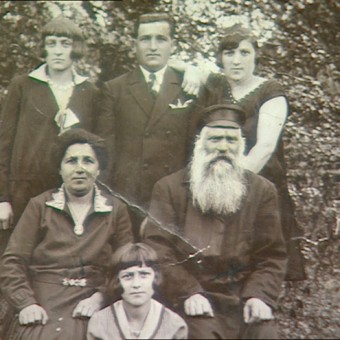 German soldiers first passed through Ratne at the end of June 1941, but Nazi rule was established in the town only in July. Between the retreat of the Soviets and the arrival of German security forces and administrators, locals plundered Jewish homes and businesses.

Shortly after the Germans arrived, they shot 27 Jews and 30 Soviet prisoners of war. Acting through the Ukrainian police, they also introduced an array of anti-Jewish measures: Jews had to wear identifying armbands (later yellow patches), comply with a curfew, hand in valuables, including ritual objects, and provide forced labor. It was forbidden for Jews to speak to Ukrainians.

As early as July 1941, Jews from the countryside were already being relocated to Ratne. In the spring of 1942, a ghetto was set up there. After a partisan raid on Ratne in June 1942, the Germans shot more than 110 Jews, along with a few Ukrainians.

In August, the Germans recruited Ukrainian peasants from Prokhid to dig pits at a nearby sand lot. On August 26, the ghetto was “liquidated” by a unit from the Gestapo outpost in Brest supported by the local German Gendarmerie post and Ukrainian auxiliary police force.

Although several hundred Jews fled before they could be taken to Prokhid. Many others hid in the ghetto. Most were eventually caught and murdered as well. Between 1,300 and 1,500 Jewish men, women, and children were killed during this operation.

A few dozen skilled laborers were left alive and employed in a workshop. They were shot in February 1943.

Assistance to Jews from the local Christian population was rare. The peasant Mikhail Khaboviets hid more than ten Jews on his land and helped guide Jews to safe partisan groups in the woods.

In other instances, Jews managed to establish contact with partisans in the region. Some were allowed to join Soviet partisans under the command of Vasily “Komarov” Korzh. One family was discovered by Ukrainian partisans affiliated with Taras Bulba-Borovets and provided refuge in exchange for work. They fled this unit when an officer revealed that they would be killed if Soviet partisan forces advanced on the Bulba unit’s position.

Only a few dozen Jews from Ratne survived the war.

For decades, there was no memorial for Jews shot near Prokhid. Over time, the sand hills at the shooting site were carried away for construction work, and a forest grew over the site.

Ratne survivors living in Israel put up a memorial stone in 1995.

In 2014, the site of the mass graves in Prokhid was transformed into a memorial complex according to plans drafted by Ukrainian architect Taras Savka of Lviv. The architectural elements cover four Jewish mass graves.

Grey-blue prisms with surfaces ranging in size from 220 to more 1,000 square meters now protect the resting place of those who were murdered here. The sides of these prisms protrude up to a meter from the ground and then abate with the slope of the forest floor.

The mass graves are connected to one another by a path that is repeatedly interrupted and crisscrossed before abruptly leading nowhere Despite this, the path also establishes a connection to the origins of those lying here: Judaism, which is symbolized at the heart of the memorial site by a Star of David embedded in the ground. This Star of David lies at the base of three meter high cube, which has a menorah engraved on one side. The ensemble includes a seating area.

Due to plundering and sand mining, human remains have been scattered across the terrain beyond the marked graves.

To reach the memorial site near Prokhid, drive through the town of Ratne on E 85/M 19, which runs from Kovel to Brest. After about 3 km, turn right (east) onto the tarmac road located across from the village of Starostyne. The memorial site will appear on the left after a few hundred meters. The parking lot cannot be missed.