In 2014, work got underway for the protection of the mass graves and the construction of a memorial site near Bakhiv. About half of the Jewish community of Kovel was shot and hastily buried at this location.

Kovel dates back to at least the early 14th century, while the existence of a Jewish community in this town can be traced to the early 16th century, possibly earlier. The town was under the Polish Crown from 1569 until 1795, when it fell to Russia with the Third Partition of Poland. After the First World War, it became part of the reconstituted Polish Republic.

Between the world wars, roughly 13,500 Jews lived in Kovel. Most worked as shopkeepers, market vendors, craftsmen, and manual laborers. Local industries – such as grain, leather, construction materials, and printing – were largely Jewish-owned. Jewish merchants were instrumental to moving agricultural products, especially cattle, from the Volhynian countryside to central Poland and beyond.

The presence of Jews in municipal politics, considerable in the 1920s, was limited toward the end of the decade, as the Polish government curbed Jewish participation in political life. Their positions were taken over by the growing numbers of Polish administrators who were moving to the city from western Poland.

The Jewish community maintained various charities, an orphanage, a hospital, and a nursing home. Among the Jewish houses of worship were two large synagogues as well as prayer houses for Hasidic dynasties based in Karlin (today a part of Pinsk, Belarus), Niesukhoїzhe (today no longer existing), Ruzhyn, Turiisk, and Kock (in Poland). The community also supported a number of schools, including schools of the Zionist Tarbut network, to augment the Polish state education system, including schools supported by the Zionist Tarbut network. Forms of entertainment included amateur theater, concerts, and tea dances.

As a consequence of the Hitler-Stalin pact, Volhynia fell to the Soviet Union in the autumn of 1939 and became part of the Ukrainian Soviet Socialist Republic. Property was expropriated, businesses closed, Zionist activity banned, and religious practice curtailed. 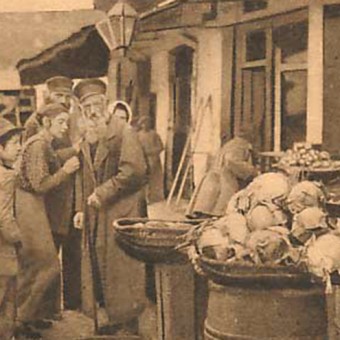 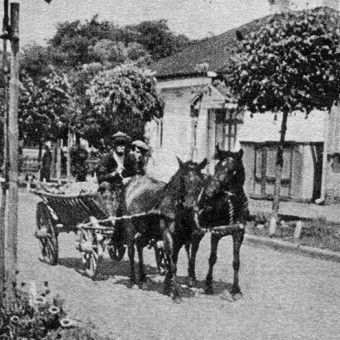 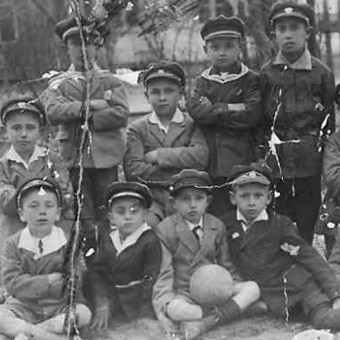 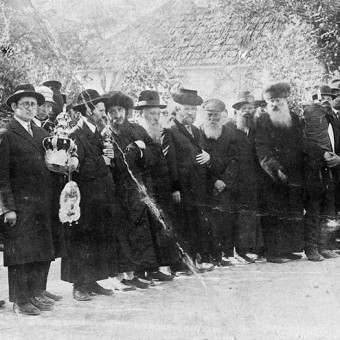 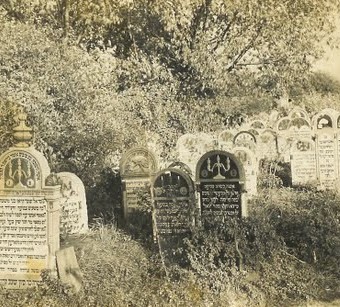 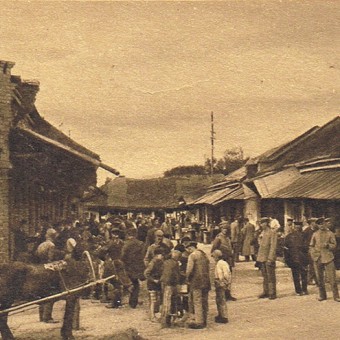 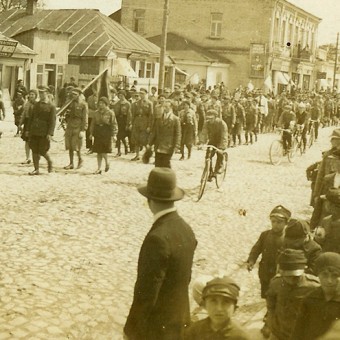 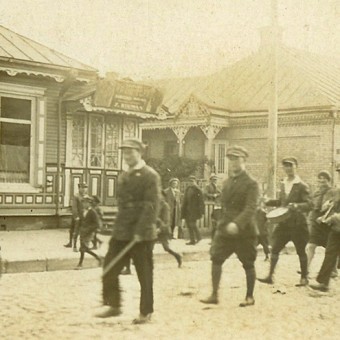 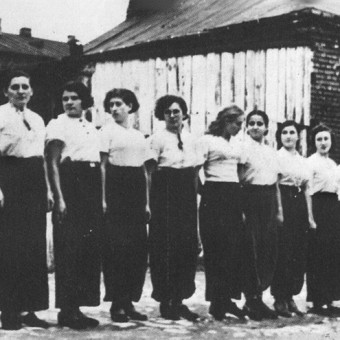 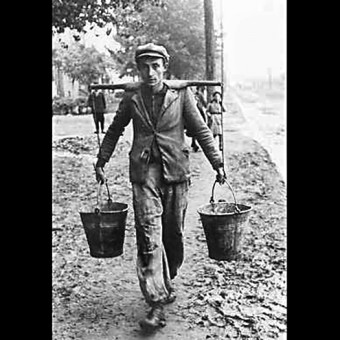 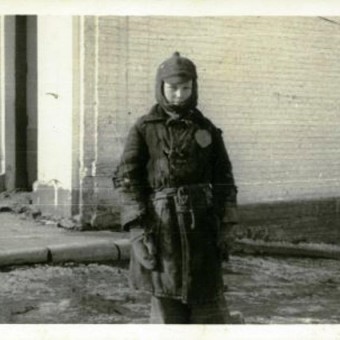 When the Germans invaded the Soviet Union in June 1941, there were over 17,000 Jews in Kovel, including refugees from German-occupied western Poland. Under German rule, Jews had to provide forced labor, wear identifying armbands (later round, yellow patches), and hand in valuables. Torah scrolls were burned in public. The Ukrainian municipal administration cut off electricity and water. About 1,000 Jews were murdered over the course of the summer.

In early June, the Jews from the Old Town ghetto were transported by train to a sand lot just outside of Bakhiv. There, pits had been dug in advance by Soviet prisoners of war. Over the course of three days, more than 8,000 Jews were shot at this site by German policemen supported by the Ukrainian police from Kovel. Approximately 1,000 Jews fled to the woods or hid in the city. Several hundred Jews were killed while still in the ghetto and buried at the Jewish Cemetery.

Two months later, the inhabitants of the workers’ ghetto, which by then included several hundred survivors from the June operation, were moved to the Old Town ghetto. In mid-August, the Germans killed most of these Jews, in Bakhiv and at the Jewish Cemetery. Jews found in hiding thereafter were confined to the Great Synagogue for several days without food or water, then taken to the Jewish Cemetery and shot. The final known mass shooting of Jews in 1942 took place on October 6.

The few Jews who eluded the German and local police faced the threat of anti-Semitism among partisans in the area. Some younger Jews managed to find their way into the ranks of Soviet partisan groups.

As of September 1, 1944, almost two months after the Red Army had driven out the Germans, there were 22 Jews living in Kovel.

As many as 200 Kovel Jews may have survived the German occupation. Several hundred more survived the war, because they had been deported to the Soviet interior or drafted into military service before June 1941. Almost all of the survivors emigrated.

A man leans on a memorial erected by Kovel survivors in 1946. The inscription reads: Here lay 18.000 victims.

In the fall of 1944, survivors enclosed the mass graves at the sand lot near Bakhiv with a wooden fence and erected a wooden post in memory of those who were shot there. This initial attempt to memorialize the Jews of Kovel soon disappeared, and a forest grew over the mass graves. Five decades later, survivors and their family members erected a stone monument with a Hebrew inscription.

The new memorial, built in the summer of 2014, encompasses four mass graves. The old monument and the newly installed memorial plaque lie at the heart of the site. Pathways connect these elements, which are located on a low hill, to the four mass graves.

Artificial mounds of varying height cover the four mass graves. These outcroppings are located 20-80 meters apart and make up a total area of more than 2,300 square meters. The rising and falling of these mounds evoke the image of a wave gently washing over the terrain.

Knowledge of the history of this site and the incomprehensibility of what happened here stand for uncertainty: it is to be assumed that more graves will be found beyond those so far identified.

The memorial was designed by the architects Dmitry Zhuikov and Arina Agieieva and developed in cooperation with the civil engineer Anton Oliinyk.

By automobile, Kovel lies about an hour north of Lutsk (Volhynia Region) and can be reached via E 85/M 19. The memorial site near Bakhiv is located ca. 8 km north of Kovel.

To reach the Bakhiv memorial site, drive through Kovel on E 85/M 19 in the direction of Brest and turn right on TO 311 to Dorotyshche or Kamin-Kashyrskyi. Follow this road about 4 km to kilometer marker 74. It is necessary to pay close attention, because no signs are present.

Across from kilometer marker 74, a road leads into the woods, first as a dirt road, then as a track. After a kilometer, one sees the memorial on a low hill in the middle of the woods.

A small parking lot is present. Those who have difficulty walking are recommended to have accompaniment for the footpath.