Protection of the mass grave and construction of the memorial site in Kysylyn began in the summer of 2013. The dedication ceremony was held in June 2015.

Kysylyn was founded in 1545. The first documentation of Jews in the town dates to the 17th century. The town belonged to Poland until 1795, when it then fell to the Russian Empire with the Third Partition of Poland. In 1921, the town became a part of the reconstituted Polish Republic.

During the First World War, Kysylyn was severely damaged. Sources indicate that the Jewish population declined from over 850 in 1897 to under 100 in 1921.

By 1939, at least 61 Jewish households are known to have existed in the town, suggesting a population of several hundred. In addition to Jews, Ukrainians and Poles lived in Kysylyn as well.

The Jews of Kysylyn supported a main synagogue and two Hasidic prayer houses. Most Jews worked as small businessmen or craftsmen. To help its members in hard times, the community maintained its own interest-free loan association, albeit with help from abroad. Various Zionist groups seeking to prepare Jews for emigration to Palestine were active in Kysylyn. Among the local Zionists, the labor movement enjoyed the greatest popularity, while the Zionist-Orthodox party Mizrachi found only limited support.

After the German-Soviet invasion of Poland in September 1939, Kysylyn became part of the Soviet Union. The new authorities curtailed religious practice, banned Zionist activity, and expropriated private property and businesses. 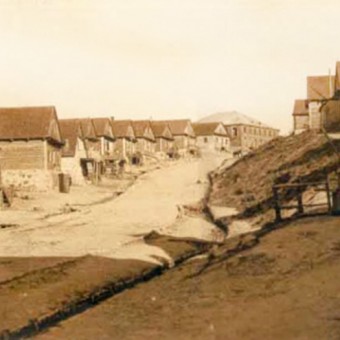 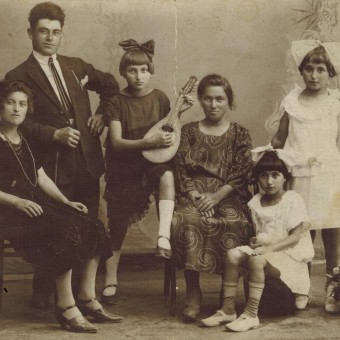 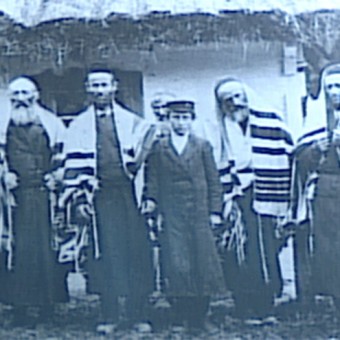 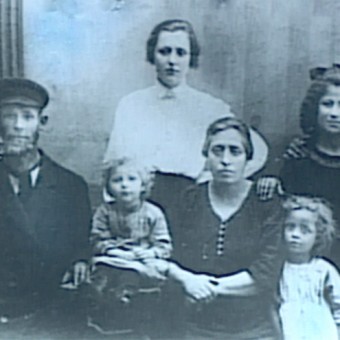 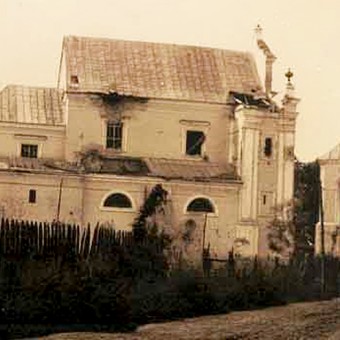 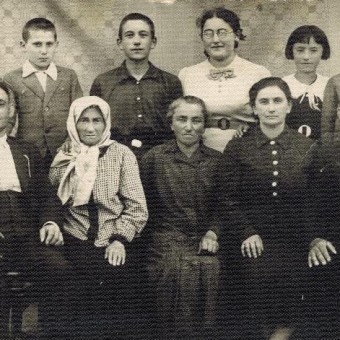 The Germans captured Kysylyn in June 1941, just days after invading the Soviet Union. Like Jews throughout German-occupied western Ukraine, the Jews of Kysylyn were subject to curfew and forced to hand over their valuables, including ritual objects. Under military rule, they were required to wear identifying armbands; under civilian rule, they had to wear patches on the front and back of their outer garments. The Jews also were required to provide forced labor, primarily in agriculture and forestry for example, planting trees or cutting peat.

In mid-August 1941, 48 Jews and two Ukrainians were shot near the Catholic church. Two and half months later, the authorities ordered the establishment of a ghetto. Jewish families from nearby villages such as Yukhymivka, Khorokhoryn, Tverdyni, and Oziutychi were also eventually relocated to the Kysylyn ghetto.

In August 1942, the Germans had local non-Jews dig a pit in an open field not far from the Polish cemetery. On August 15, the ghetto’s Jews were forced onto trucks and taken to the pit under German and Ukrainian police supervision. There, the Jews had to disrobe and descend into the pit where they were then shot. Roughly 500 Jewish men, women, and children were murdered during this operation. Approximately 20 Jews fled the shooting operation, but only one of them survived the escape attempt.

The Germans shot a group of Roma (Gypsies) near the Jewish mass grave a few days later. Another mass grave for Poles murdered by the Ukrainian Insurgent Army is located also in the same area. Neither of the latter two mass graves has been located.

Refugees from the ghetto found temporary protection among their non-Jewish neighbors only in rare cases. Usually shelter was temporary, lasting at most a few weeks. A group of 25 Jews from throughout the area, including at least one woman from Kysylyn, survived the war by hiding in nearby woods.

Survival in this part of Ukraine was complicated by the need to elude anti-Semitic elements of the various partisan movements as well as German forces.

Only a handful of Jews native to Kysylyn survived the German occupation.

The victims of the August 1942 mass shooting were not memorialized before the Protecting Memory project. For decades, the precise location of the Jewish mass grave outside Kysylyn was forgotten. The field was used for agriculture. Consequently, the exact contours of the mass grave disappeared from the earth’s surface.

A 100-meter path leads from a dirt track to the place of remembrance. Wooden posts surround the grave surface.

The memorial site in Kysylyn, which consists of a 400-square-meter surface covered with crushed stone, is located in a vast field. The grey surface distinguishes the memorial from intense colors of the surrounding fields in the spring and summer.

Adjacent the mass grave is a seating area that invites the visitor to pause for reflection. The memorial inscription and historical marker on site provide information about life and destruction of Kysylyn’s Jewish community.

The architects Arina Agieieva and Dmitry Zhuikov developed the concept for this memorial site.

In 1991, a marker was erected to memorialize the site of the August 1941 shooting of 48 Jews and two Ukrainians in the center of Kysylyn.

To get to Kysylyn take H 22 from Lutsk toward Volodymyr-Volynskyi. After about 40 km, a gravel road branches off at a bus stop on the right-hand side of the road and runs through Kholopychi und Zhuravets. After about 8 km, this road dead ends with another road in the woods, where one turns right and goes another 2 km heading east.

In the center of Kysylyn, one finds the ruins of a Roman-Catholic church. From there, drive about 1 km northwest toward Tverdyni. The memorial is located outide the village on the right.

Public transport is not available.